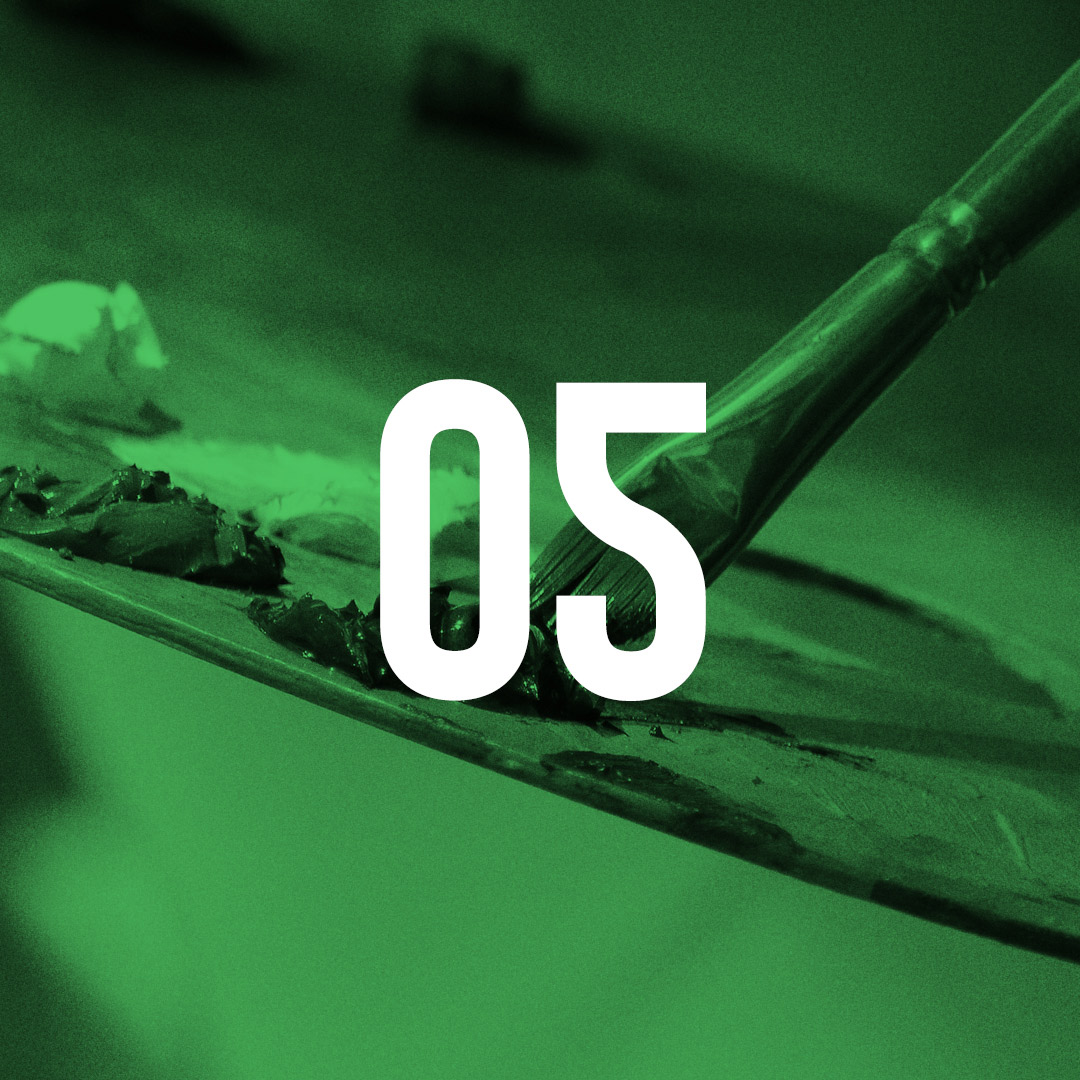 Rebranding your business is a big step. You’ve already built a name and an image, and changing these can be risky.

At the same time, an image overhaul can be just what the doctor ordered. Businesses get stuck in a niche, and it can be hard to climb out. Rebranding can be a way to target new audiences, offer new products, and put your “improved” image in the front of everyone’s minds.

If you’re reading this, chances are you’re thinking about taking this step. That’s exciting, and more than a little daunting!

So before you go all-in, here are five questions to ask yourself.

1. Does rebranding solve your problems?

Rebranding is costly, both in time and money. You may bring in an agency to help, or commit significant time from your own staff. Either way, it’s not something you take lightly.

But your image change is likely due to issues you’re having, and you hope that rebranding will solve these.

Some of these problems are obvious and unavoidable. As a quick example, when Burger King entered the Australian market, there was already a chain with the same name. So in Australia, Burger King goes by the name Hungry Jack’s:

But there are other issues that may be partially resolved by rebranding. These might include:

Of course, you can probably think of a million reasons to change your brand. But it’s best to think of concrete challenges or issues you face, and clear ways that your new branding will help. This helps you avoid “change for the sake of change,” and give purpose to your rebranding.

Back in 2013, Yahoo! was struggling. What was once an internet giant was fast becoming an afterthought. The year before, it had brought in new CEO Marissa Mayer, purchased then-popular social network Tumblr, and was eager to launch into a new age of Yahoo! dominance.

To support this, it decided to introduce a new logo. And to build some buzz, it launched “30 days of change.” 30 potential logos would be shared (one each day), before the grand unveiling of the eventual winner.

The campaign announcement reflected the pivotal (pun intended) moment for the company: “Over the past year, there’s been a renewed sense of purpose and progress at Yahoo!, and we want everything we do to reflect this spirit of innovation.”

(Translation: “Everyone’s a bit nervous, so let’s change the logo and build some hype around our ‘new’ image.”)

The problem was, the new logo was basically the old logo:

To experienced designers, perhaps there’s a world of difference. But to the average customer, nothing has changed.

So what was the point? Why bother even updating the stationary? This didn’t help to introduce a new era of Yahoo!, it made the company seem lazy and lacking in new ideas. And it certainly didn’t warrant a massive campaign in support.

Remember: If your rebrand is hardly noticeable, either do it quietly, or not at all.

2. How well do you know the market?

Sometimes, the market will dictate a rebrand. Perhaps your key demographics have changed, or you’ve identified an opportunity to exploit. It could be as simple as breaking into new territories, and aligning your branding to suit.

All of this makes sense.

The issue is, it can take a deep understanding of that target market to get this move right. If your business has a long history in an adult environment, suddenly targeting children is a huge departure.

Larger companies work with consultants for exactly this reason. This leads to focus groups, online studies, and plenty of surveys. Smaller companies (with reduced budgets) can use media monitoring to listen to what’s said in their market and understand prospective buyers better.

Either way, your new brand needs to fit in the market you target. Otherwise, you risk backlash.

In 2011, Dr Pepper thought it saw an opportunity in the market, and created a new beverage to match. It wanted a drink that would appeal to the same men that enjoyed light beer and sugar-free soda. The Snapple Group (which owns Dr Pepper) did their research, and concluded that men wouldn’t drink a low-calorie soda unless it was “macho.”

Apparently, men didn’t like “diet” drinks. They supposedly do want fewer calories and a slimmer waistline, they just don’t want to look like they do.

First, a little critical commentary: this is a tongue-in-cheek, mock advertisement for a real product. If the research shows that men like “manly” things, why make fun of this idea? Wouldn’t you just make a “manly” commercial?

Of course, Dr Pepper knew what it was doing (sort of). They wanted to “start a conversation,” to make some headlines. Its executive vice president of marketing explained that “women get the joke. ‘Is this really for men or really for women?’ is a way to start the conversation that can spread and get people engaged in the product.”

Long story short, it was not a hit. Predictably, it led to accusations of sexism, and sales were lacklustre.

And when you think about it: would the men you know want to be seen drinking the soda that’s aimed at men who want to look like men? Individuals don’t like to be told this is what people like you enjoy.

In the end, even when you think you understand the market and what it wants, you have to deliver with a product (and a campaign) to match.

If you’re thinking about rebranding, it’s probably for a reason. The classic example is when you can feel your brand image going stale: “If sales are lagging and you are out of ideas, changing the colors of your business can bring some much-needed rejuvenation.”

There are a few other instances when rebranding might be a good idea:

Whatever your reasons, it pays to think hard before making major changes. If you’re just sick of your own logo, but the business is still succeeding, this might not be the time to rebrand.

But if the time is right, it can be incredibly beneficial. Let’s look at a positive example, for once.

When you think of Axe deodorants, you probably think of “the Axe effect” – the company’s (tongue-in-cheek) claim that wearing its spray makes men irresistible to women.

This was a hugely successful marketing strategy. Axe identified its target buyer, “The Insecure Novice,” and ran massive advertising campaigns aimed at the “nerdy loser.” It quickly became the number one deodorant brand in the world.

The result? A more grown-up product, and “a general sense of giddy liberation from the brand’s quite cringe-worthy baggage of yore.”

It’s getting harder for brands to appeal to basic stereotypes. Axe recognized this, and made serious changes to its advertising campaigns to keep up.

While it’s probably too soon to tell whether this was a complete success, early reviews are positive. Axe has shifted its branding “from groin to brain,” and might manage to transition from a pungent odor for teenage boys, to an all-purpose antiperspirant.

You can read that question in two ways. Maybe you take the confident, caution-to-the-wind, YOLO, approach:

Or perhaps you’re the careful type who doesn’t want to lose what you’ve already built. And frankly, there’s nothing wrong with this. As we said above, we don’t want change for the sake of change.

If you’ve built a recognizable brand with a strong reputation, change may simply not be worth it. Again, are you solving any problems with this move?

But perhaps you’re not risking all that much. Maybe your brand is young and unknown, or customers have already turned away with little hope of returning. In this case, a big rebrand could be the jumpstart you need.

Figure out how much it’s going to cost you (in both money and brand recognition), and whether you can afford this. What do you stand to gain, and how bad will it be if you make the wrong decision?

Here’s an example where a lot of money was poured into a giant waste of time.

Way back in 2010, Gap decided to overhaul their branding. They must’ve had their reasons, but this decision was a little baffling. Everybody knows the Gap logo:

[I’m from New Zealand. We don’t even have Gap stores, but I know this logo very well.]

This change did not go down well. For one, there was no warning, and no formal rollout. Gap just changed the logo on its website and hoped for the best.

The other major criticism was that it’s not a good logo. Online commentators said “it looks like something a child created using a clip-art gallery.” The response was overwhelmingly negative, and more than 14,000 parody versions were posted online:

The result? The new logo lasted one week before being replaced again by the old one. In that time, 2,000 Facebook comments were left by unhappy fans.

So what did Gap lose? Apparently, $100 million. That’s a hefty burn rate for a single week. Sure, the rebrand didn’t bring the company down, but that’s a massive chunk of change for any business.

Before diving in to your rebrand, think about what the wrong decision could cost you. For businesses with established brand recognition and a loyal fanbase, the change may not be worth it.

On the other hand, if you’re a young brand (or a failing one), you may have nothing to lose!

5. How will you measure your success?

By now, I hope we’re clear that you should only rebrand if you have good reasons. There needs to be a goal, and it needs to be worthwhile.

As your rebrand unfolds, you need to be able to measure your progress in relation to your goal(s). You should be able to track sales easily enough (I hope so), but what about brand recognition and responses to your campaigns online?

Thankfully, measuring brand awareness is getting easier as technology evolves. You can now easily track conversations online and on social media, and you’ll know immediately if your new branding proves popular.

There are a few things you can do to track your progress in real time:

Sentiment analysis tools make it easy to analyze a large number of messages at once, and look for trends. You’ll know whether the general consensus is positive or negative, in real time.

Not everybody trusts sentiment analysis. Sometimes the meaning of a message isn’t clear, or could be sarcastic. But in large numbers, it can reveal very quickly whether people appreciate your new branding, or not.

Another simple step is to compare mentions of your new brand against mentions of the old one. If people online take to the new name immediately, you’ve likely chosen well. If they doggedly stick to the previous brand name, you’ve likely misfired.

The easiest way to track conversations around your new branding is to use clear, unique hashtags. When people use these online, you know for sure that they’re talking about you and your products.

This is why you consistently see new ad campaigns accompanied by their own hashtag:

Your branded hashtag should be easy to remember, and clearly identifiable as yours. “#Happy” is not a good example, but “#HappyWithNike” might be.

Track ROI of your campaigns

I’ve written before about how to measure social media ROI (return on investment). This is really key to any marketing campaign – if you can’t measure your success, you don’t know if it was worth the investment.

You can read the full article, but here are some key metrics to track:

Of course there are plenty more to look at, and these will depend on your goals. But if you don’t have an easy way to know whether your rebrand was a success (monetarily or otherwise), it’s probably a bad idea to do it.